Is the Rust programming language the future of robotics? Some claim that its memory and thread safety model and the fact that it can run on embedded and bare metal devices makes it the perfect candidate for robotics. 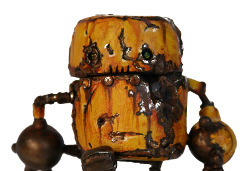 Despite its young age, Rust has all but failed to go unnoticed: a stackoverflow survey revealed that Rust is the top most loved programming language and nowhere around the 25 most dreaded ones.

This is why we decided to write OpEn in Rust.